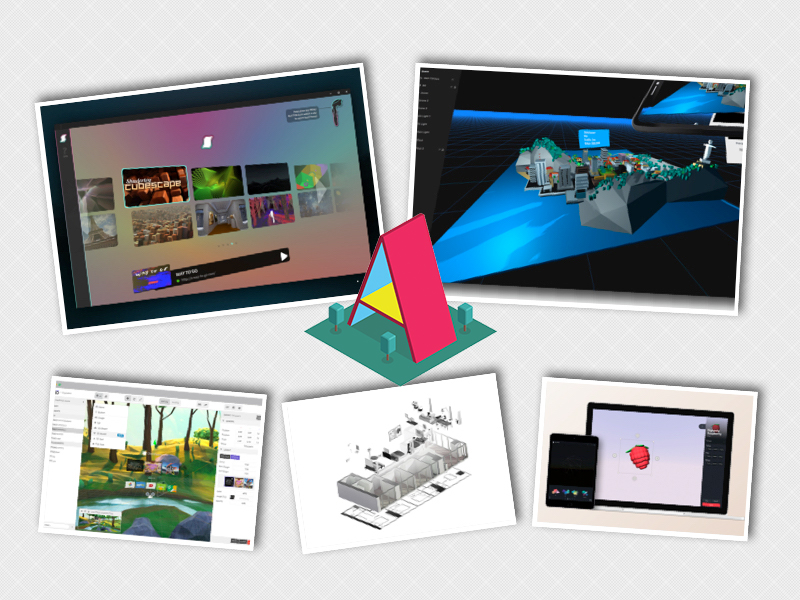 The A-Frame train continues! v0.8.0 has been released, bringing many, many performance improvements through being battle-tested in production applications. Notably, we ported many fixes and performance through building out Supermedium using A-Frame!

We hit A Week of A-Frame 100, highlighting the long way we’ve come such that there are companies and startups taking the leap with A-Frame. There’s even an A-Frame application published on Steam VR! Including:

Alongside many other companies!

The biggest change is allowing to modify three.js Object3D position, rotation, scale, and visible directly while still maintining in sync in the A-Frame layer. There is currently overhead with .setAttribute, but all of that can be skipped for position, rotation, scale, visible by directly modifying three.js Object3D. That is a simple object property change. Since object transformations are one of the most often updated things, this saves on a lot of overhead. In general, we begin to try to find ways to skip .setAttribute when able.

Lots of other performance improvements, both in the core of A-Frame and in top A-Frame community components (e.g., animation). We scoured a lot of the codebase removing unnecessary memory allocations and event emissions.

We’ve also upgraded to three.js’s WebVR API, which was a long and grueling process to integrate and catch all the bugs, but we did it! Still a lot to be done on the performance side.

The A-Frame Inspector also got a few nifty features such as tree collapsing on the entity panel, pressing f to focus on an entity, and some bug fixes.

Check out the release notes for the complete changelog which includes a list of all new features, optimizations, and bug fixes.

We have released a beta version of our new funny webvr game Cross the Street Fun https://t.co/BWfCqOxxiR .
Do not get hit by the car.#threejs #aframe #webvr #webxr pic.twitter.com/nEPOCVhugl

ð Weâre excited to announce the launch of Supermedium, the virtual reality browser! Download it from https://t.co/Lnyvgt7HBY, put on a headset, and surf dozens of VR experiences on the Web. https://t.co/2rloFZl5ko #webvr #ycombinator pic.twitter.com/6aArQKvgpn

Todayâs the day! Ottifox 2 is here - with Google Poly search built straight into the app, grouping features, streamlined UI and more! For a full run down of all the new features check out our blog post: https://t.co/pzcTTGZJz5 Examples to come! #webvr @aframe #madewithblocks #VR pic.twitter.com/6FfpLZjpqJ

Try âc o m p o s u r eâ - immersive experience for stress relief. Built with @aframevr, its #WebVR & #3daudio for desktop, mobile and #VR! Many thanks to @ianpetrarca & @datavized for their skills, wisdom and guidance. Try it. PM me your feedback. Share! : https://t.co/bENdn6U5uk pic.twitter.com/VgYfFLfMbD

We will continue performance improvements and battle testing. We will look at how to enable people to build more full applications and games versus small demos. That includes disseminating the knowledge we’ve gained from building a browser, full games, and complex applications using A-Frame. Via guides, frameworks, boilerplates, and open game projects!