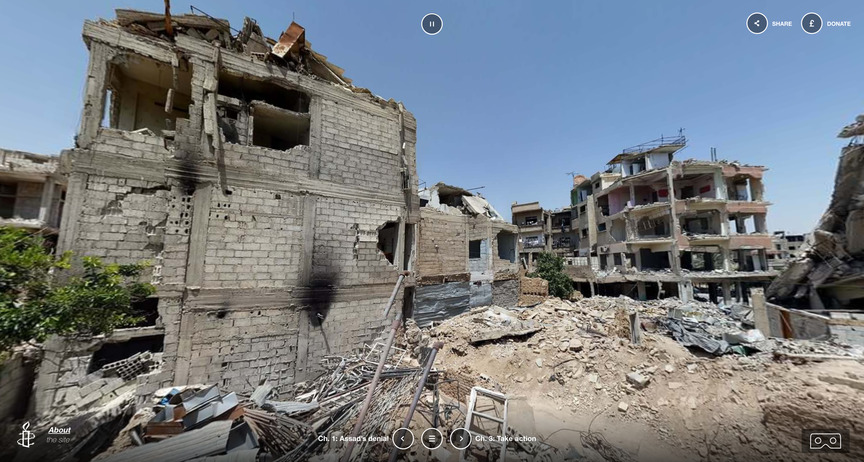 Amnesty International UK in coordination with development agency Junior and the core A-Frame team recently published Fear of the Sky. Fear of the Sky transports viewers to the besieged city of Aleppo, Syria to witness the devastation of Assad’s barrel bombs. The A-Frame site features 360 photos and narration taken by activists in the field. It will be updated with new media as they are collected.

VR is often referred to as an “empathy machine”. And it is human rights organizations like Amnesty International that are in most need of empathy. With WebVR, they can reach and transport a very large audience to the aftermath.