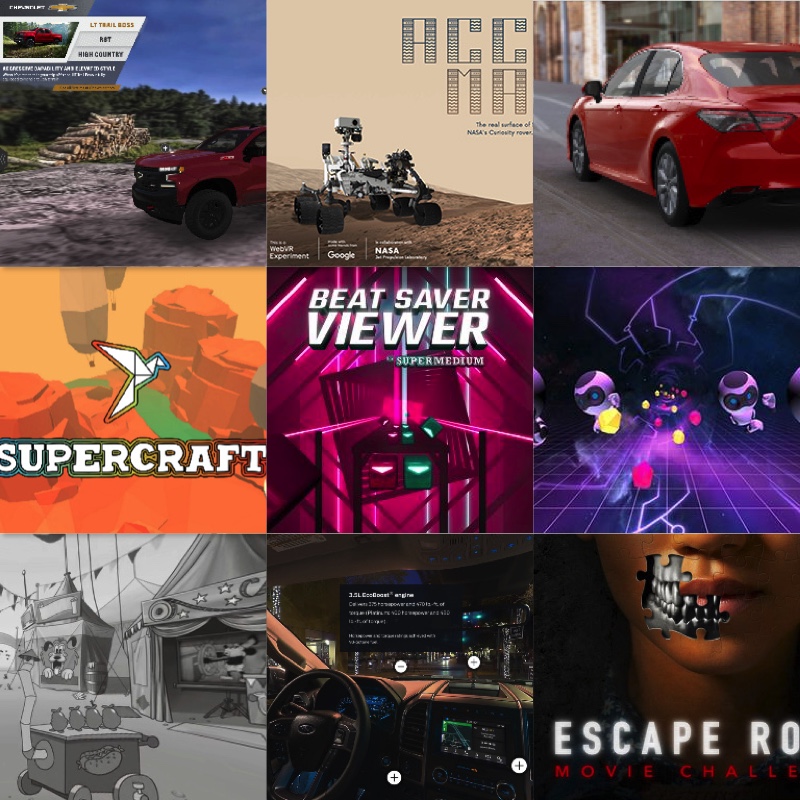 Over the last year, we’ve continued to try to push the limits of the Web to produce VR content that stands on its own alongside the native apps and games found on the stores. At Supermedium, we developed content such as Soundboxing WebVR alongside @ericflo, Supercraft, and the BeatSaver Viewer.

And thanks to Google Creative Labs for financially supporting development of initial WebXR support through us at Supermedium in this release of A-Frame.

Major changes to A-Frame involve large performance improvements, a new animation component, Inspector updates, addition of oculus-go-controls + vive-focus-controls, and introductory WebXR support. Note that the release date of WebXR is indefinite a few years under discussion and is not yet parity with the WebVR 1.1 standard from five years back. A-Frame will do its best to smooth out the flux. We may ship an 0.9.1 since WebXR has already broken with Chrome Canary. Biggest things to note for migrating is that:

The Inspector has also received some overhaul with stability, bug fixes, performance improvements, a complete refactoring, UI enhancements, and now a companion server to sync changes back to your HTML files with the A-Frame Watcher!

👀 @aframevr Watcher, a companion to the @aframevr Inspector that can sync changes from the visual editor to your HTML files. Supported on master branch of the Inspector.

See the release notes or changelog for more details.

EFF's Spot the Surveillance virtual reality project places you in a street scene, where you learn to identify a variety of police technologies. https://t.co/LuXEJu8atV

Check out the the all-new 2019 Chevrolet Silverado in 3D! https://t.co/zJ0g7Kadq2 Made with @aframevr & threejs pic.twitter.com/LVZgxxchgx

This was sort of glossed over. But Sony's $1 million dollar sweepstakes 360/VR challenge for marketing their Hollywood movie "Escape Room" was built with @aframevr! https://t.co/PDbnA4XHyi pic.twitter.com/ESoBSdnmkd 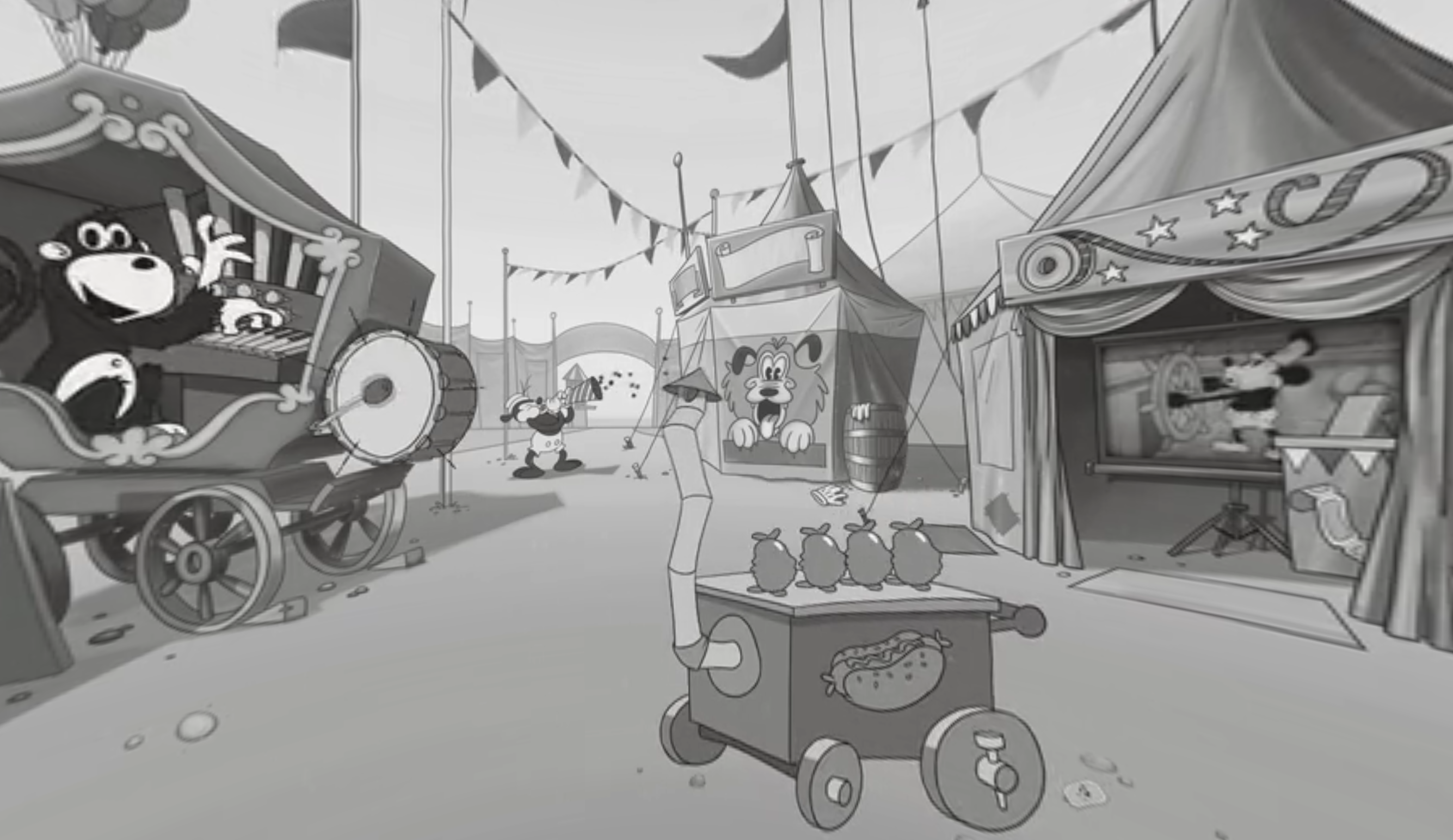 Inside Music from Google, Song Exploder developed by tambien and help from Supermedium: 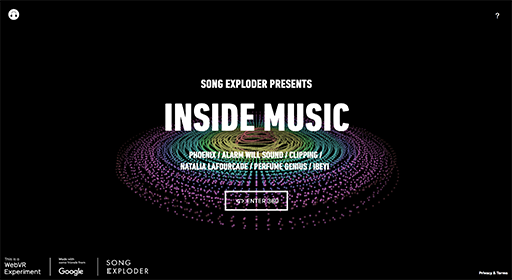 Access Mars from Google, NASA with help from Supermedium: 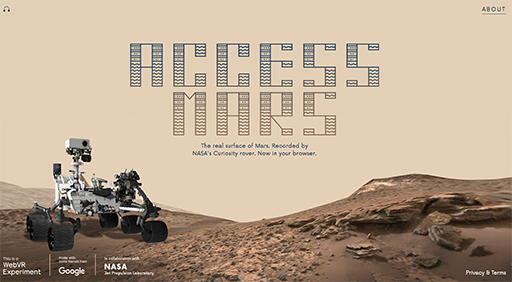 Here are some companies, startups, and studios that have leaned on A-Frame and thus some pretty fun jobs created!

Build, collaborate, and share your world with anyone around the globe. #XR4all @magicleap @MadewMagicLeap pic.twitter.com/VDna4EfpNZ

We've done it again! The Camry #WebGL Configurator has won the Visionary Award at the @summitawards for Emerging Media. It's such an honour to be recognised again for this innovative project - try it here: https://t.co/L1HMXwd7cd @aframevr #threejs 🏆🍾🙌 pic.twitter.com/56CkHJeq7l

Imagine a world where you can create #VR, #AR, 360 & #3D content with zero coding by simply dragging and dropping. Say Hello to Scapic. We know you'll love this.

Check out #craftblocks by @sgidon! A fully featured voxel editor built with #8thWallWeb and @aframevr. Share your art with others using #ARCameras at https://t.co/edq86qaKvP. Try it in Safari (iOS) or in Android browsers today! pic.twitter.com/ujJeHEaU3u

And some more cool A-Frame projects:

The new triple combo with a defense element. It's not easy, but a good combination and reaction training. Go to the tower and set to random combo.https://t.co/2CJMMthk8G or try it out in @supermediumvr browser#vrfitness #vrboxing #vrworkout #vr #boxing #workout #fitness pic.twitter.com/NTTCPoCsVc

👐 Need someone to talk to? Put on a little show with these cute hand "vuppets" by @jorgefuentesnet! Built with @aframevr #webvr. Now playing on @supermediumvr. pic.twitter.com/UZFHAITWr4

👊 True VR warriors need not weapons. Punch your way through hundreds of songs with @soundboxingvr! Made with @aframevr long ago in collaboration with @ericflo. Burn some calories on @supermediumvr. pic.twitter.com/ANrlF34Etb

I'm unbelievably excited to share a preview release of Hubs by Mozilla, a new Mixed Reality-based communications platform we are building. All open source, and all running in your browser, powered by WebVR. Really!https://t.co/AtYqAn2qam

Can you get to the Top 10?? SUPER SAYS, a simon clone for VR, available on @supermediumvr for 6dof controllers (#Oculus #HTCVive #mixedreality) https://t.co/DHivKcO0Bh 1 day to create, 2 weeks to polish ¯_(ツ)_/¯ pic.twitter.com/gY7gkLqk60

🏆🥚 Gunters of OASIS. Hundreds of generated #webvr worlds. Hidden among them a golden egg. Find the egg and inherit the OASIS (and half a hundred dollars). Search for hidden clues, meet up with other Gunters. Ready? Start the hunt on @supermediumvr!https://t.co/oTKimoCrFM pic.twitter.com/jyaPoUGHEW

I've updated Trajectile Command with a high score leaderboard and a kickin sound track. Try it out on @supermediumvr or another vr browser here: https://t.co/6vL9vyfDSQ … Can you beat my high score?? @aframevr #VR #webvr #webgl pic.twitter.com/vy9oQYaO6K

We will ensure that A-Frame runs well on the Oculus Quest, and that there is a place for users to experience A-Frame applications. A-Frame will continue to keep up to date on the WebXR flux. We need to update documentation, guides, and examples. And there are some lingering improvements we want to make to the A-Frame API. Perhaps provide more streamlined tools for A-Frame development.

Thanks to everyone for filing issues, contributing, and sharing your projects!