Creating a Minecraft Scene in WebVR 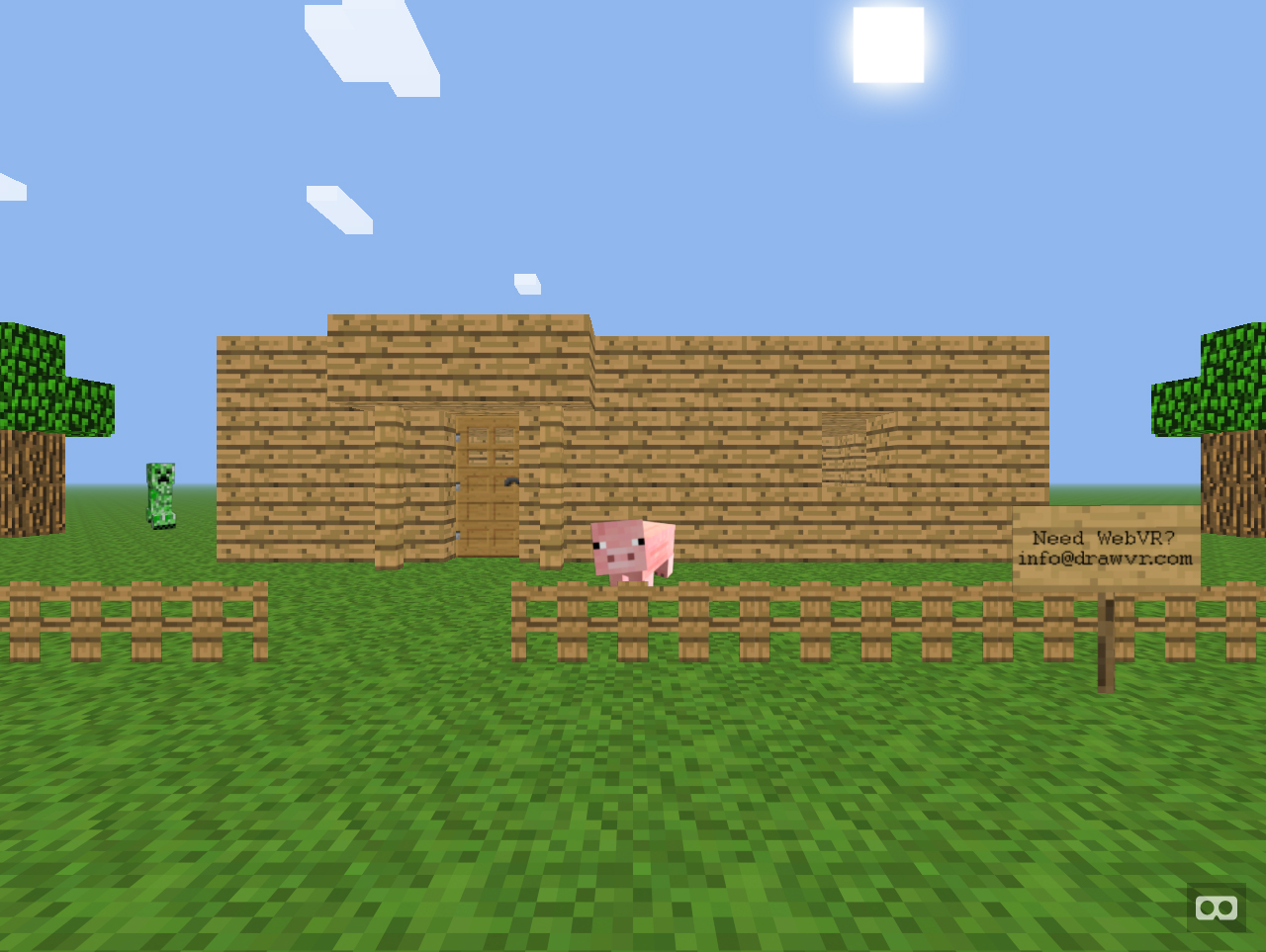 Within a week of its release, someone had used A-Frame to create a Minecraft scene. We tracked down the creator, Donovan Kraeker, and he shared his process and tips he learned along the way:

Thank you MozVR Team for creating A-Frame! I’ve been waiting for an entry point into VR for over a year and found the thought of committing the time needed to make good, finished content with WebGL, Unity, and Unreal too intimidating. I figured, eventually an organization or company would come out with a way for the masses to create VR websites and decided to wait. That wait was over on December 16, 2015 when the MozVR team released the first version of A-Frame — the Metaverse has begun!

After playing around with A-Frame for a few days I had a simple Minecraft-esque virtual reality website that I could actually enter into and look around in drawvr.com/minecraft/. I tested it on an iPhone using a plastic Google Cardboard like HMD and an Oculus Rift DK2 and they both worked! To say the least, I was ecstatic. I created this VR experience that I could host online and share with my friends, family, and the interwebs.

I started my first project by creating a small plane (ground) to walk around in. I added a grass picture to the plane and the result was a stretched out, poor representation of grass. Then it hit me, just like with websites I can repeat a texture image and checker out a bunch of planes to make the grass look good (better fix below). That’s where I thought of Minecraft; it was the perfect choice. The textures are freely available for parents to make awesome party decor for kids. It’s widely known for being hacked and knocked off. People that have played Minecraft will see the possibility of A-Frame. The blocks even fit perfectly with a depth, width, and height of 1. It’s so close to using the Minecrift version of Minecraft you’d almost think you’re in the game. The way to properly texture an image:

There are a few tips I learned that may help you on your journey creating your first project: